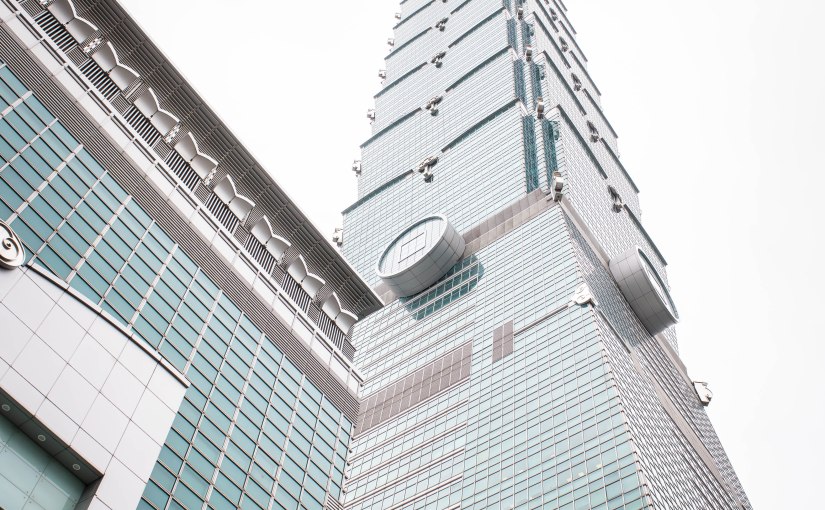 Ever since I posted about my trip to Taipei, ads on the admirable country have strategically popped up whenever I scroll through my facebook feed. Whenever I see them the only thought that forms in my head is, “I hope other people are seeing this,” because they should know how stunning Taipei is!

Along with these ads come striking photos of the famed Taipei 101 – the iconic skyscraper that looms over the rest of metropolitan. Consisting of 101 floors, Taipei 101 held the title of Tallest Building in the World, from 2004 until it was surpassed by the Burj Khalifa in 2010.

But I have insuffecient knowledge to be able to talk about the architectural achievements of this geniusly-made tower. I’ll let Snarkynomad’s article, “Why Taipei 101 is the coolest skyscraper in the planet” do that. His extensive write-up is amply detailed, yet easily understandable that it’s nowhere near a burden to finish.

I’m really here to talk about what’s inside the tower.

It’s no surprise that Taipei is home to great food selections, as is the rest of the Asian countries. The food court, on the lower ground floor of Taipei 101, brings together all these delicious, aromatic Asian cuisines at such an easy reach. Literally, it is easily accessible but also figuratively kind to the pocket.

Once you enter, your senses will immediately engage as you take a whiff of the flavorful smell of food; hear the chaotic noise of utensils clinking, oil sizzling, and people with different languages talking – loudly.

I wouldn’t call it an ordinary food court though, otherwise, what would be the point in talking about it if it were, right? Taipei 101’s food court is a premium joint that offers the “real deal” for not-so-premium prices. At least, that’s what my boyfriend likes to point out.

There are heaps of gems inside the acclaimed tower, but for food enthusiasts, Din Tai Fung may be their piece of cake. Sure the Michelin rated restaurant has a number of branches in all of Taipei, but if you’re already in Taipei 101 (to go up the observatory no doubt), you might as well enjoy the goodies in this branch. 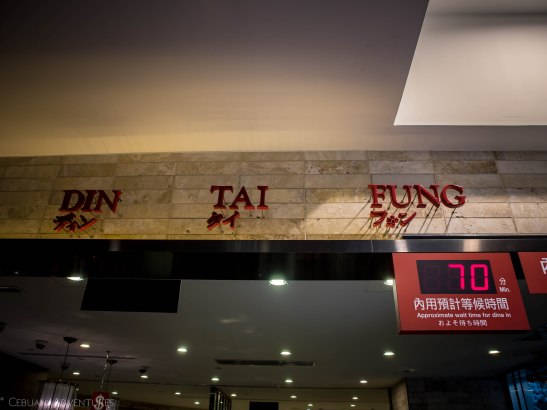 There will always be a mindblowing amount of people waiting outside this particular Din Tai Fung, since it is inside a tourist attraction. Consequently, waiting for an hour or even more is an experience that needs a great deal of patience. But it’s worth it once you get a taste of their famous xiaolongbao, along with their long list of dimsum goodies.

I can’t say the same for all the branches but in this particular one, you can see the huddle of neatly dressed chefs expertly making their celebrated dumplings by hand. This is what makes the place worthwhile since one is able to enjoy his food and simultaneously get entertained by the deftness of the restaurant’s kitchen staff.

The second fastest elevator in the world

Taipei 101 formerly held the title of having the fastest elevator in the world, moving at 60 km/h, before the Shanghai tower came about. And according to wikipedia (no shame), the contraption can bring you from the 5th to the 89th floor in 37 seconds. There’s no harm in me believing the questionable website as this statement is proven by the video that my boyfriend posted when he rode on Taipei 101’s elevator.

Snarkynomad also points out that the elevators go up so smoothly that someone actually balanced a coin on its edge, and it stayed upright even as they reached the top! Clearly, a ride on the skyscraper’s elevetors isn’t one to miss. It’s like an amusement park ride that everyone, who went, should be able to say that they rode on. The space mountain in every Disneyland.

The Starbucks on the 35th floor

Every tourist, who knows about the Starbucks on the 35th floor of Taipei 101, likes to think of it as a secret that no other tourist is aware of, even though they already are. Be that as it may, I’m calling this not-so-hidden gem the best treasure for the reason that it offers a bird’s eye view of the city without burning a hole in your pockets.

Going up to Taipei 101’s observatory can cost you 600 TWD. Starbucks, on the other hand, charges only a third of that price. Not only can you get comfortable in front of an astonishing view, but you also get to delight yourself in a fulfilling brunch. The only downside to this is that visitors are only allowed to stay for an hour and a half. Although an hour and a half is more than enough time to get over the serenity of the city.