So my family and I flew to Japan on May 7. At 11:30 a.m., I went through immigration without a hitch. Each one of us was checked by a different officer. My brother, my sister, and my uncle all went through smoothly as well. My mom didn’t.

She was brought in by another officer to that secluded room everybody knows about. So we waited in that area where passengers can loiter, behind the immigration booths. 10 minutes passed, no update. 20 minutes, nothing. I thought,  “Okay, so my mom didn’t tell them that she had people waiting for her? We couldn’t be talked to by these officers?”

When 12:00 came by, I decided to approach one of the guards walking around. He was nice enough to talk to the immigration officers for me. A pretty Japanese lady came out and informed me, in broken english, that my mother’s passport had been reported as lost (maybe stolen? I got distracted). Mama made no such report.

We were assured that, in terms of her rights and security, she was fine but they were still calling the Philippine Embassy in Roponggi District to clarify the report. So she had to be kept there until a staff from the embassy picked up. Apparently, after 30 minutes of trying, no one had. At 12:50 p.m. we were told to transfer to the waiting area that’s past customs and wait for my mom there. One airport staff was holding my mom’s luggage. Uh oh, this doesn’t look good, I thought. We couldn’t take it because “it wasn’t ours.” At this point, my mind was getting ahead of me. My mother is going to get deported!

So I asked if there was even the slightest chance this could happen, but they couldn’t give me an answer. Fine. We’ll transfer.

Today’s a Sunday. Is the embassy even open? So I kept calling anyone who needed to know about our situation -our travel agent, my aunt in Shizuoka -in case we had to wait there until the next day. Finally, my mother came out at 3 p.m. with news that she was cleared but that she had to go to the embassy the next day to straighten things out.

So here’s what happened the next day,

From the Shinjuku Station to Azabu-juban Station

Our hotel was in Shinjuku. We rode the train to Roppongi, where the embassy is located. We went down at the Azabu-juban Station, the nearest station from the embassy. We followed the arrows that directed commuters to the exit for the other Asian embassies. Once we exited, we asked for directions and were told to turn right up the hill by the stop light.

Up on the hill

It’s about a 7-10 minute hike to the corner for the Philippine Embassy. There are alleys where the other embassies are. Like the Embassy of Singapore is in the very first alley that we reached since the start of the hike. We kept walking straight, thinking that the embassy will be in the other official-looking buildings right by the main road. By the time we saw a Snoopy Museum, that’s when we decided to ask around. Apparently, the Philippine Embassy is in the alley right after the museum. 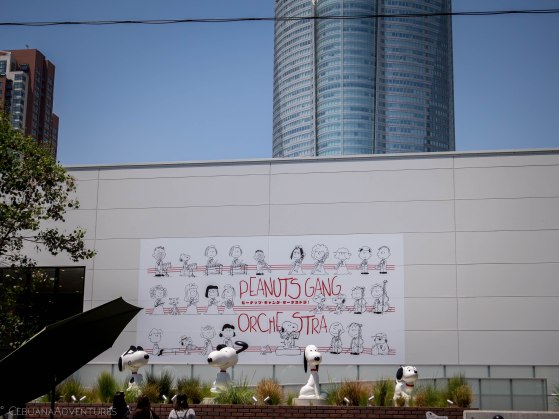 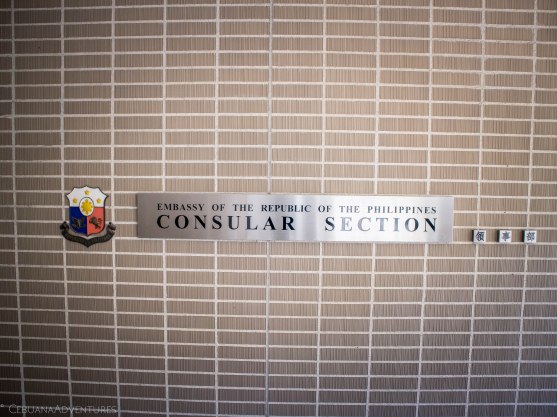 Inside the embassy, we were asked to write down, in detail, our dilemma, the events that led to it, and the actions we took to solve the problem. And so we did. We gave it to the young man managing the door, as instructed, and waited for a little over 10 minutes.

Next thing I knew, my mom’s name was being called. She was given another piece of paper – a format for an affidavit, in which she had to state that she is the rightful owner of the passport that was flagged as lost/stolen and that it was mistakenly reported. She also put her purpose for being in Japan and how long she’s staying. Talk about stressful.

So what happens after your passport gets flagged as lost/stolen?

Apparently, the Philippine Embassy in Japan submitted a certificate to immigration, clearing my mom of any passport-related problem. So on the day that we left Japan, she went through immigration again without delay. But it was also suggested to my mom that she renew her passport once we were back in our country (even though she still has another year on her passport), because the flag is irreversible.

All that took less than an hour, even though the embassy was full with other Filipinos bearing their concerns. Now that we are actually back in the Philippines, and thankfully in one piece, what’s left to be done now is to renew my mom’s passport for our future travels!