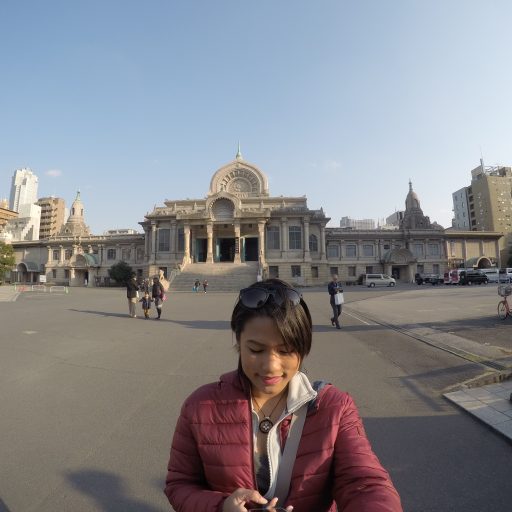 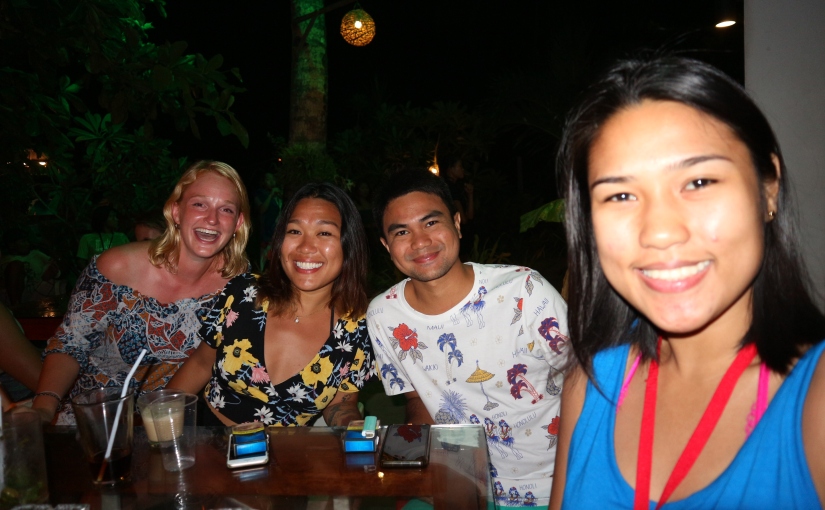 For part one, an introduction to my how i met these newfound friends, please click here.

In the afternoon, after our island hopping, the 6 of us (refresher: Matthias, Jonathan, Me, Rebecca, Marianne, and Gerard) stayed at the resort’s restaurant for some drinks. About 10 minutes in, a couple of Caucasian guys also joined us for a chat. We stayed there for about two hours or so, and talked about the countries that we’ve been to, how long we (well, they) have been travelling, and some other things that I can barely remember. The pomada, which is a cocktail mixed with gin and lime, at Bravo Beach Resort is strong. I kid, I kid. I wasn’t drunk, but it is strong.

Somewhere between our conversations, we made plans to go to the resort next door since that was where it was going to be poppin’ -according to our island hopping guide. And it was true. As it seems, every resort on the island have already established and agreed on their schedules as to when they can host parties. So Viento Del Mar, the resort just next door, it was.

Rebecca and I got there before 9 p.m., after we’ve showered and got ready, and ate dinner. Viento has really good food, btw. They put their own twist on the Filipino classic, chicken adobo.

Marianne and Gerard came to see us shortly after we finished eating. When 11 rolled around, that’s when the crowd kept coming in. People have started playing beerpong on one of the dining tables, and some have already gathered on the dance floor. There was actually a DJ (who knew)! I think he played something somewhere between EDM and Reggae. If those genres got married and had a baby, that would be it. Siargao’s cool like that.

By this time I’ve had my second drink, which makes it sound like this is going to be a wild story. It’s not. It’s just a replay of ordinary events. FOR THE BLOG!

The next thing I knew, the place was packed and loud! More and more people were standing around holding drinks (which was mostly either a beer or the 50 peso rum and coke in plastic cups – I just had to tell you how cheap it was), and greeting others that I’m sure they didn’t even know. Some were happy to be talking on the shore, while others were seated by the bar. Everyone seemed excited to have started conversations with these new people. It was a pretty sight, and it made me admire this island all the more. Tourists, locals, and expats didn’t create a bubble within themselves. Anyone was welcome to join their circle. There was no hierarchy; no judgment.

We are constantly warned about the dangers of solo travel, that we forget that there are good things – and people- that come out of it.

As soon as the clock struck midnight, all my new friends greeted me a happy birthday with excitement that I didn’t know I could get from people I barely knew. It was as if I’d known them since forever. They bought me a mojito as a birthday gift which, at first, I declined out of habit. But when you meet new people who are just as excited for your birthday as your own mother, it’s hard for you to say no. Even the bartenders greeted me a happy birthday by drinking shots after I clinked my mojito glass with theirs. Matthias, whom I already said hi to earlier in the night, came to me to give me a hug and greet me a happy birthday. He was inebriated now, but I appreciated the gesture. He seemed truly happy. Thank goodness for alcohol, right? 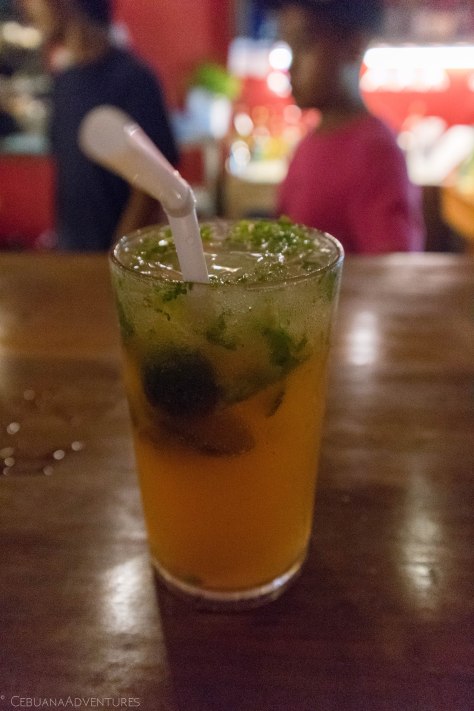 This moment really just made me realize how we can meet genuine people in our travels, especially on solo trips.  We are constantly warned about the dangers of solo travel, that we forget that there are good things – and people- that come out of it. I understand that we shouldn’t let our guards down, but I also believe that we should be open enough to enjoy the gifts of solo travel. It might even bring us relationships that will last lifetimes. And for the pessimists who say that I couldn’t possibly have seen my new friend’s true colors. I say this: I refuse to let that thought ruin my impression of them. I am not letting negativity soil that. 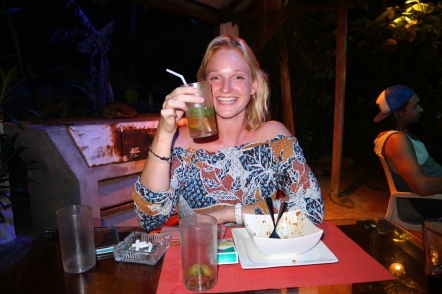 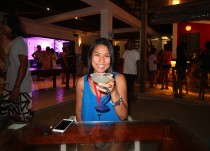 10 thoughts on “Siargao Solo Adventures: I celebrated my birthday with strangers! (PART TWO)”